Anna and Louisa had arrived to the boat a bit earlier so when I arrived they were relaxing. We decided to cast off and go to la Korno rather than staying. When arriving we took a nice walk before the dinner. We also had a yatsy competition. Anna was the winner.

Pretty nice but windy weather. The wind peaked at 17-18ms but as the wind came from east there were no waves. We went by engine via Soten channel towards fjallbacka. A nice trip. 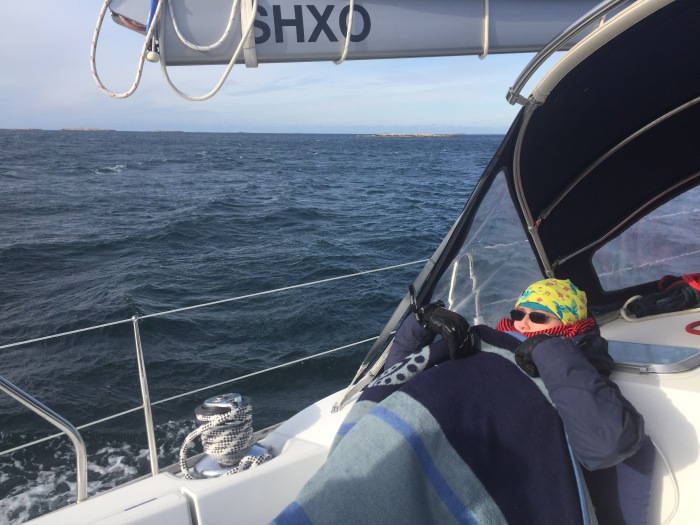 Anna and Louisa took a walk to coop and therafter up on the mountain to see the view. We also played yatsy this evening and this time I was the winner.

We woke up early and had a nice breakfast before we cast of. The weather was grey and 7-9ms from south east. We sailed south outside hamburgsund and straight towards Smögen. We made a short stop for lunch before we continued towards Basteviksholmen. Anna slept the last journey.

This site uses Akismet to reduce spam. Learn how your comment data is processed.